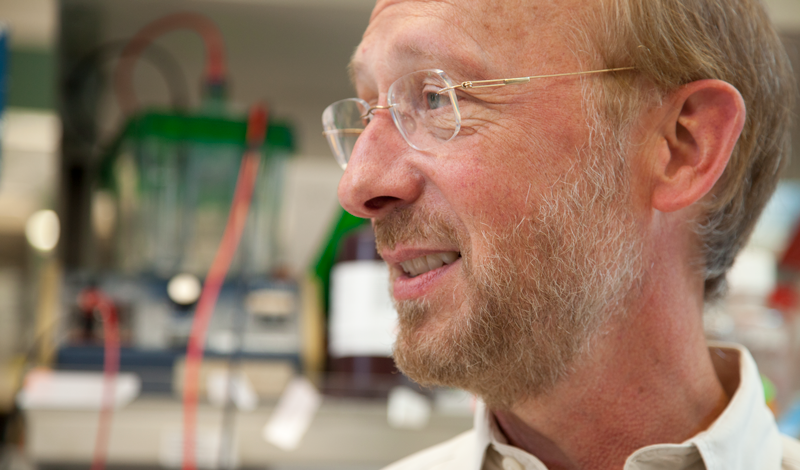 I have a longstanding interest in genomic instability in cancer. My team and I have identified mechanisms of chromosome segregation, how chromosome movement is powered, what specifies the mammalian centromere, and have developed gene silencing approaches applicable in the nervous system as a potential therapy for glioblastoma and neurodegenerative diseases.

Mechanisms of genome rearrangement in cancer: aneuploidy and tumorigenesis.
It has been well established that many human tumors are aneuploid. By building mice in which whole chromosomes were missegregated at elevated frequency, we determined that an increased rate of whole chromosomal aneuploidy drives spontaneous lymphomas and lung tumors, but in other examples of chemically or genetically induced tumor formation, aneuploidy is an effective inhibitor of tumorigenesis. With Karen Oegema, we determined that aneuploidy from aberrant spindle assembly (from extra centrosomes) drives tumorigenesis.

Mechanisms of genome rearrangement in cancer: chromosome missegregation and mitotic cell cycle control.
We identified mechanisms underlying the major cell cycle control mechanism in mitosis (the mitotic checkpoint) that acts to prevent aneuploidy. We discovered CENP-E, the centromere-associated, microtubule-motor that we showed to be required for powering alignment of initially misaligned chromosomes and a microtubule “tip tracker” essential for powering congression of initially misaligned chromosomes. With Cytokinetics/GSK, small molecule inhibitors of CENP-E were identified and taken to clinical trial for human solid tumors.

Mechanisms of genome rearrangement in cancer: chromosome shattering (chromothripsis).
Chromothripsis, the shattering of a chromosome and its stitching back together in random order, is frequently found in human tumors. We have shown that chromothripsis involves three successive cell cycles, the first for formation of a micronucleus, the second for shattering of the micronuclear DNA, and the third for reassembly of the pieces. We have demonstrated that chromothripsis of a single chromosome produces the full spectrum of genome rearrangements characteristic of human cancer, as long as there is a selective advantage for retention of one gene on that chromosome. With Richard Kolodner, we have identified a nuclease that mediates chromosome shattering. With Paul Mischel, we have identified that chromothripsis can produce the kinds of gene amplification that are frequently found in tumorigenesis, including glioblastomas, as a mechanism for acquisition of anti-tumor drug resistance.

Gene silencing therapy for glioblastoma and human neurodegenerative disease.
We have pioneered the use of DNA antisense oligonucleotides for gene silencing therapy for diseases of the human nervous system. This has led to clinical trials now ongoing in ALS, Huntington’s disease, and Alzheimer’s disease, and FDA approval for the childhood disease spinal muscular atrophy. These efforts were recognized by receipt of the 2018 Breakthrough Prize in Life Sciences. With Frank Furnari, we are extending this designer DNA drug approach to therapy development for glioblastoma, the aggressive, and currently untreatable, fatal brain cancer.