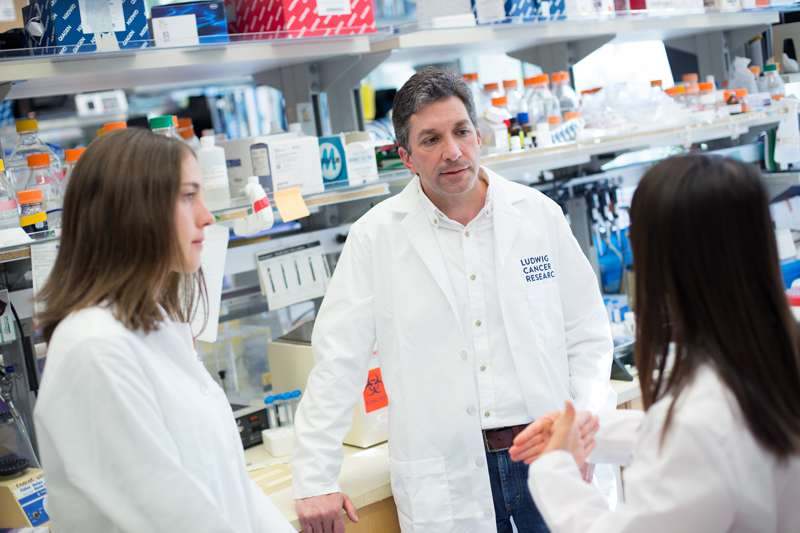 I am a cancer biologist focused on understanding mechanisms involved in promoting cancer in the brain and bringing discoveries to the clinic.

I earned my PhD in microbiology and immunology from the University of North Carolina-Chapel Hill in 1993. I subsequently trained as a postdoctoral fellow at the Ludwig Institute in San Diego, where I focused on the genetic alterations that drive the genesis of grade IV gliomas (glioblastoma multiforme; GBM), notably the commonly amplified and truncated epidermal growth factor receptor gene (known as EGFRvIII) and mutation of the PTEN gene. During my postdoctoral studies, I was credited with a seminal study demonstrating that the ability of PTEN to suppress glioma cell growth was mediated through the enzyme’s lipid phosphatase activity.

Currently as a Member of the Ludwig Institute, as well as Professor of Pathology at UCSD, my research program is directed at studying fundamental pathways that drive tumor initiation and progression, as well as malignant phenotypes of brain cancers, ranging from cancer biology, biochemistry, cell biology and signal transduction, to orthotopic glioma models and preclinical investigations. Specifically, my lab focuses on: 1) how expression of EGFRvIII potentiates tumor heterogeneity and aggressiveness; 2) the role of this receptor in tumor maintenance; 3) how modulators of the PTEN/PI3K signaling axis influence the effectiveness of receptor-directed therapeutics; and 4) developing therapeutic approaches aimed at disrupting a nuclear form of PTEN discovered by us, that results in enhanced sensitivity to DNA damage and has the potential to increase tumor sensitivity to radiation therapy (clinical trials are currently being designed).

I serve on the editorial boards of Molecular Cancer Research and Neuro-Oncology, as well as the scientific advisory boards of the National Brain Tumor Society, the Dana Farber/Harvard Cancer Center brain tumor SPORE as well as the Sontag Foundation. I have published more than 100 scientific papers and have received numerous honors.