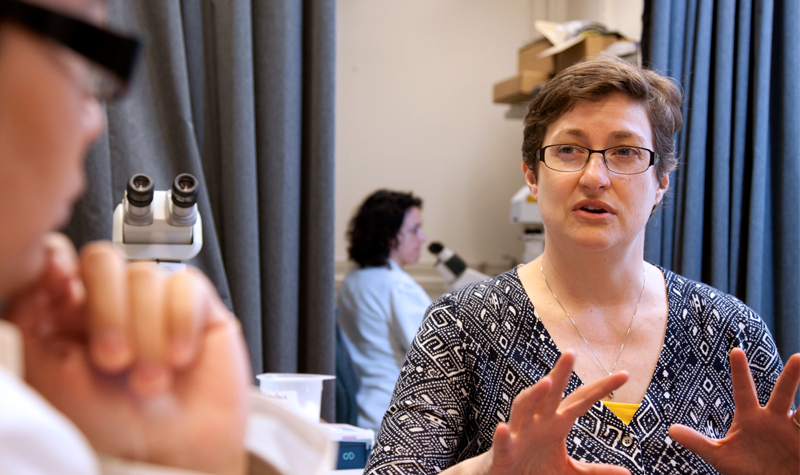 I lead the laboratory of Mitotic Mechanisms at the Ludwig Institute for Cancer Research in San Diego. My laboratory works at the interface between cell and cancer biology. Our focus is on understanding the molecular machinery that controls cell division, and how variation in the cell division machinery between cell types can be exploited to engineer targeted therapeutic strategies in cancer.

My group has had a long-term interest in the cellular mechanisms underlying mitosis and cytokinesis. This research has revealed that in addition to common themes, there is also significant variation between cell types in how cell division is accomplished. A major focus of the lab is to determine whether these differences can be leveraged to induce death due to aberrant mitosis in a cell type specific fashion as a therapeutic strategy. For example, in our mechanistic work on centrosomes, we have made contributions to understanding the pathway that controls centrosome duplication, which depends on a centrally important regulatory kinase called Plk4.

My scientific achievements have been recognized by a Pew Scholar Award in the Biomedical Sciences, by my selection for the Early and Mid-Career Women in Cell Biology awards from the American Society for Cell Biology (ASCB), in 2006 and 2017 and by my election as an ASCB fellow in 2017.