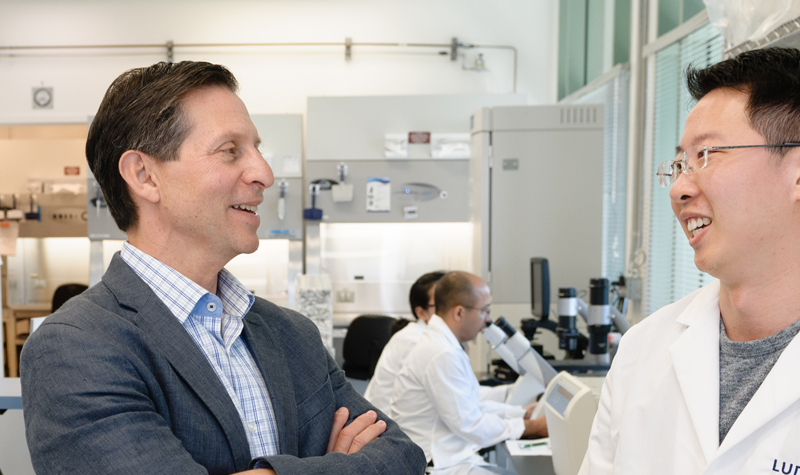 Our research bridges cancer genetics and metabolism to understand the genotype-environment interactions that drive cancer development, progression and drug resistance. We aim to use this knowledge to develop more effective treatments for cancer patients. To achieve these goals, we study the biochemical mechanisms that drive oncogene amplification and function in experimental models and in tissues from cancer patients enrolled in clinical trials.

Oncogene amplification is a major driver of cancer pathogenesis, but its underlying biology is incompletely understood. We found, contrary to current dogma, that oncogene amplification is widespread across cancer types, potently driving intratumoral genetic heterogeneity, and rapidly accelerating tumor evolution and drug resistance through its unique mechanism of inheritance (Science  2014, Nature  2017, Nature Reviews Cancer  2019). These findings challenge existing chromosomal maps of cancer and provide new insights into the problem of oncogene amplification, including elucidation of molecular mechanisms that control the level, location and activity of amplified oncogenes, and their functional and clinical consequences.

I graduated with a B.A. in Philosophy from the University of Pennsylvania (1984) and received my M.D. with honors (Alpha Omega Alpha) from Cornell University Medical College (1991) and completed residency and fellowship training in Anatomic Pathology and Neuropathology at UCLA. I subsequently did post-doctoral research training with Professor Louis Reichardt, an HHMI Investigator at UCSF, and started my own lab at UCLA in 1998. In August of 2012, I was recruited to the Ludwig Institute for Cancer Research, San Diego Branch.

Although my laboratory has historically been known for its work on the highly lethal brain cancer, Glioblastoma, we now focus on fundamental mechanisms of tumor pathogenesis that are common across many cancer types, with the goal of yielding new insight and better treatments for cancer patients, including those with glioblastoma.