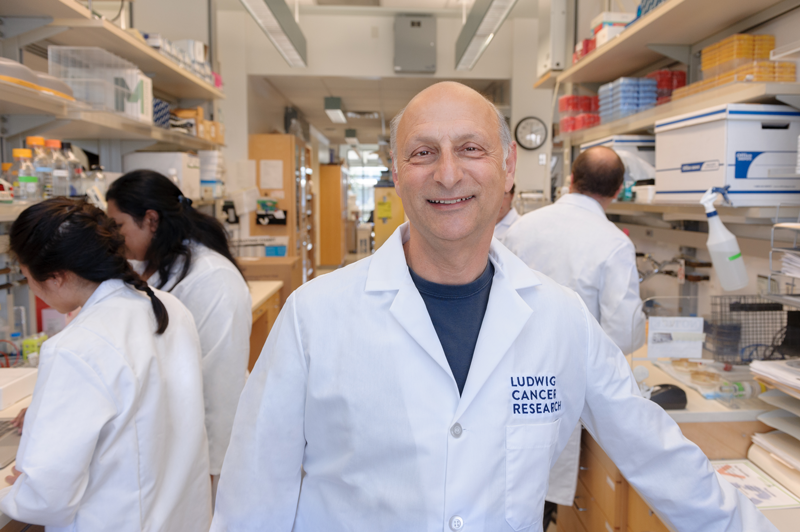 I am a geneticist and a biochemist who has a long history of applying insights from fundamental discoveries to understanding the cause of cancer. My research is directed at understanding the pathways that prevent the accumulation of mutations and genome rearrangements, how defects in these pathways drive the development of cancer and developing therapies that target defects in these pathways in cancer. Our fundamental discoveries about DNA mismatch repair and the pathways that prevent genome instability have proved to be central to understanding the genetics of cancer susceptibility. Our most recent efforts include studies of human genome instability suppressing genes that are defective in many cancers and studies of small molecule inhibitors that are potential anti-cancer agents for cancers with increased genome instability.

I received my BS (1971) and PhD (1975) degrees from the University of California, Irvine and was a postdoc at Harvard Medical School (1975-1978). From 1978 to 1997, I was a faculty member at the Dana-Farber Cancer Institute and Harvard Medical School. Since 1997, I have been a Member of the Ludwig Institute for Cancer Research, San Diego Branch where I head the Laboratory of Cancer Genetics and since 2015 have been Branch Director. I am also a Distinguished Professor in the Department of Cellular and Molecular Medicine at the University of California, San Diego (UCSD) School of Medicine and a member of the Moores-UCSD Cancer Center. From 2004 to 2015, I served as an advisor to the worldwide operations of the Ludwig Institute for Cancer Research.

I have served on numerous review panels and advisory boards including the Board of Scientific Counselors of the National Cancer Institute and the scientific advisory boards of the MD Anderson Cancer Center, the USC-Norris Cancer Center and the University of New Mexico Cancer Center. I served on the Howard Hughes Medical Institute Scientific Review Board and the Scientific Advisory Committee of the Stand Up 2 Cancer Foundation and presently serve as the head of the Scientific Review Council of the Cancer Prevention & Research Institute of Texas (CPRIT). I have also served on the editorial boards of a number of journals including Cancer Research, Cell, Molecular and Cellular Biology, the Journal of Biological Chemistry and DNA Repair and have organized a number of national and international scientific meetings. I have published more than 300 papers.