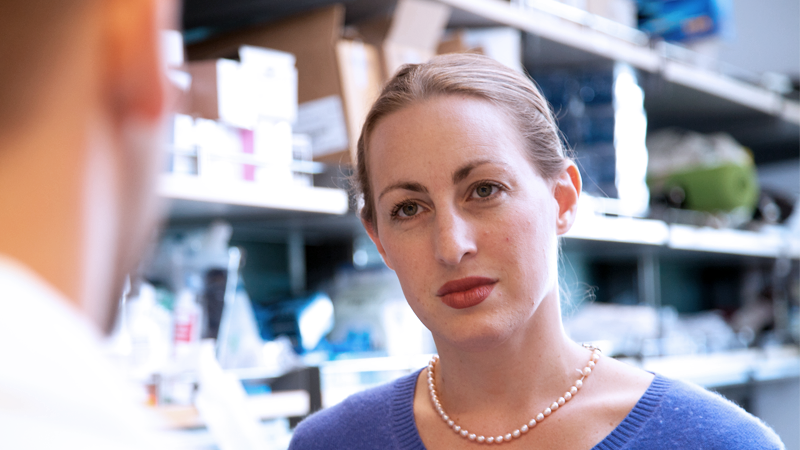 I am an associate professor of neurology and neurological sciences at Stanford University. I received my MD and PhD in Neuroscience from Stanford University and then completed my residency training in neurology at the Massachusetts General Hospital/Brigham and Women’s Hospital/Harvard Medical School Partners program. I returned to Stanford for a clinical fellowship in pediatric neuro-oncology and a post-doctoral fellowship with Philip Beachy.

As a neuroscientist and practicing pediatric neuro-oncologist, my research program focuses on the intersection of neuroscience and brain cancer biology. My work has focused on neuron-glial interactions in health and oncological disease. My lab demonstrated that neuronal activity regulates healthy glial precursor cell proliferation, new oligodendrocyte generation and adaptive myelination and that this plasticity of myelin contributes to healthy cognitive function. I discovered that neuronal activity similarly promotes the proliferation of malignant glioma cells, driving glioma growth through both paracrine factors and through electrophysiologically functional neuron-to-glioma synapses. In addition to these studies of mature neurons in the glioma microenvironment, my research program studies the influences of neural precursor cells on malignant glioma. Microglial interactions with neurons and neural precursor cells and microglial-mediated disruption of neuroplasticity mechanisms underlying cognitive function following cancer therapies is another area of deep focus. Together with these basic studies, my research program executes preclinical studies of novel therapeutics for pediatric high-grade gliomas and cancer therapy-related cognitive impairment in order to translate new therapies to the clinic. I have led several of these discoveries to national, cooperative clinical trials for children with brain tumors.

As an international leader in the pathophysiology of childhood gliomas, especially diffuse midline gliomas and diffuse intrinsic pontine glioma (DIPG), my work has been recognized with numerous honors and awards, including a Presidential Early Career Award for Science and Engineering (PECASE), an NIH Director’s Pioneer Award (DP1), the Sidney Carter Award in Child Neurology, and the Jerome Posner Neuro-Oncology Investigator Award, from the American Academy of Neurology. I am on the editorial advisory board for multiple academic journals, including Cancer Cell, Neuron, and Neuro-Oncology. I am also a mother of five children and an outspoken advocate for issues of work-life balance affecting parents in science and medicine.