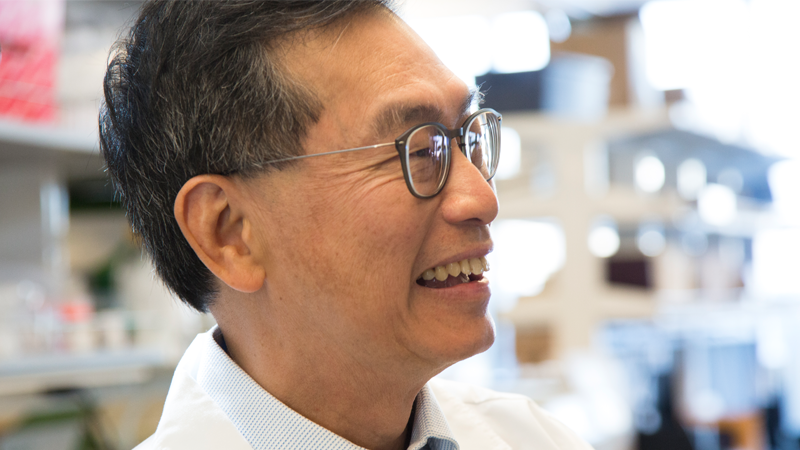 I oversee the execution of Ludwig’s scientific strategy, with a special focus on the operations and staffing of the Lausanne, Oxford, Princeton and San Diego Branches of the Ludwig Institute for Cancer Research. I also manage the alignment of their efforts with those of the six independent Ludwig Centers across the U.S. to further cultivate collaboration within Ludwig’s global scientific community. As a researcher, I am perhaps best known for my work on the molecular signaling pathways and mechanisms that govern the unusual metabolism of cancer cells, which require vast quantities of energy and molecular building blocks to sustain proliferation. My laboratory was the first to show that a master regulator of gene expression named MYC—a gene whose mutation or aberrant expression is associated with many types of cancer—alters the utilization of a key sugar in cancer cells. This body of work bolstered the hypothesis that cancer cells can become addicted to their reengineered metabolic signaling and that disrupting these pathways could be a powerful approach to treating cancer.

Prior to joining Ludwig, I served as Director of the Abramson Cancer Center at the University of Pennsylvania Perelman School of Medicine, where I launched a series of Translational Centers of Excellence to develop novel interventions for various cancers. I subsequently moved my laboratory to The Wistar Institute, a National Cancer Institute Cancer Center in basic research in West Philadelphia. In October 2022, I returned to my alma mater, the Johns Hopkins University School of Medicine, where I earned my medical degree, completed my residency and later began my academic career, rising to become Director of the Division of Hematology and then the Johns Hopkins Family Professor in Oncology Research, Vice Dean for Research and Director of the Hopkins Institute for Cell Engineering before moving to the University of Pennsylvania.

I am today Bloomberg Distinguished Professor of Cancer Medicine at Johns Hopkins, holding primary appointments in the Department of Oncology in the School of Medicine and the Department of Biochemistry and Molecular Biology in the Bloomberg School of Public Health, as well as an appointment in the Sidney Kimmel Comprehensive Cancer Center and Bloomberg-Kimmel Institute for Cancer Immunotherapy. I have authored over 250 scientific and medical articles, book chapters and two books and am a member of the National Academy of Medicine (Institute of Medicine), American Academy of Arts & Sciences and chair the National Cancer Institute’s Board of Scientific Advisors.

Convergence of the circadian clock and cancer

Ludwig Scientific Director Chi Van Dang has worked to unravel how the oncogene MYC links the aberrant metabolism of cancer cells to their unchecked proliferation.