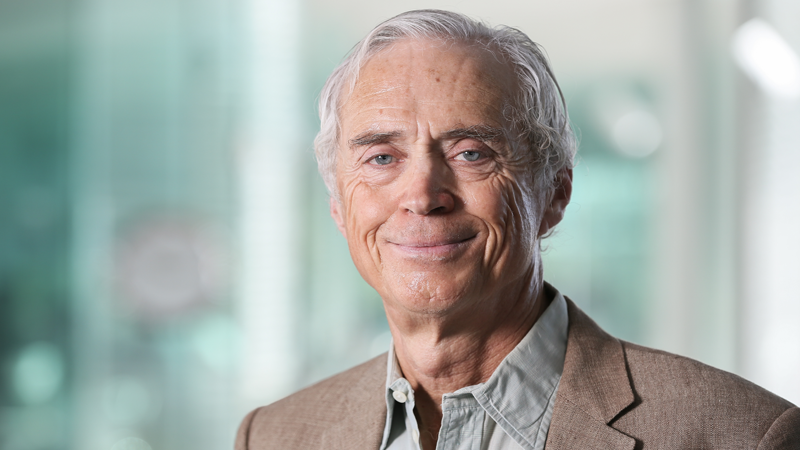 My laboratory’s research program is structured around the use of genetically engineered mouse models (GEMMs) of multistep de novo tumorigenesis to investigate the hallmarks of cancer—the many distinct capabilities acquired by tumors and their constituent cells that are essential to the establishment and progression of cancers. Our strategic plan is to elucidate the functional and phenotypic manifestations, molecular and cellular mechanisms, and regulation of hallmark capabilities—and to translate that knowledge into diagnostics and therapies. Using GEMMs, we currently study several organ-specific cancers, including ductal and neuroendocrine pancreatic cancers, cervical cancer, melanoma, metastatic breast cancer and glioblastoma. We also have a robust program exploring the multiple mechanisms of immune-evasion employed by tumors and strategies to disable such defenses to boost immunotherapy and broaden its applicability.

A large part of our research concerns the mechanisms of tumor invasion and metastasis, which is the primary cause of cancer-related death. This includes the study of an activator of cancer invasion that arises from differences in hydrostatic pressure between solid tumors and their surrounding tissue. In another program, we’re exploring a set of microRNAs that, we’ve found, help orchestrate the genesis of tumors and the metastatic cascade.

Another major program deploys GEMMs to assess the potential of novel therapies that target key events of cancer progression. Our preclinical studies have already helped propel a major anti-angiogenic drug, sunitinib, into clinical trials and regulatory approval. This program also investigates the intrinsic and acquired resistance mechanisms of cancers to hallmark-targeting therapies and the pharmacologic disruption of such escape. We are methodically testing the hypothesis that the targeting of multiple, distinct hallmarks of cancer will more effectively hamper the evolution of drug resistance and prolong response to therapy.

I joined the Lausanne Branch of the Ludwig Institute for Cancer Research as a Distinguished Scholar in January 2020. In addition to my Ludwig post, I am also Director of the Swiss Institute for Experimental Cancer Research and Co-director of the multi-institutional Swiss Cancer Center Leman. I have received the Lifetime Achievement Award from the American Association for Cancer Research and an honorary degree from the University of Dundee in the UK and am an elected member of the American Academy of Arts & Sciences, the U.S. Institute of Medicine, the U.S. National Academy of Science and the European Molecular Biology Organization.