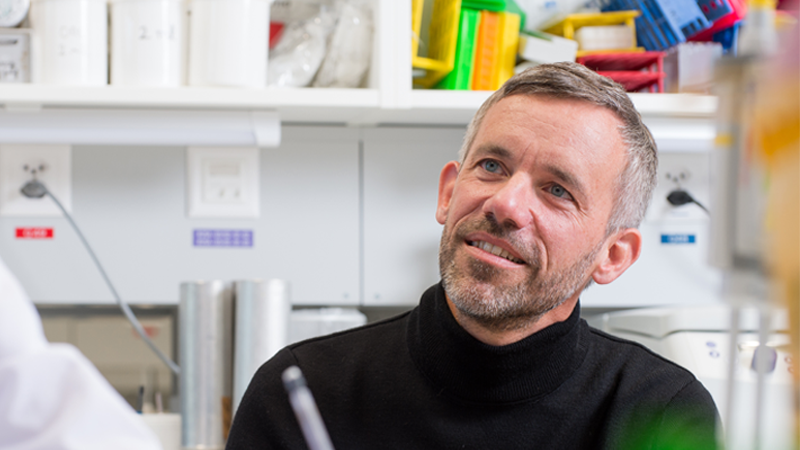 My laboratory combines fundamental and translational studies in immunology to find new approaches to treating cancer. Our basic research explores the functional and phenotypic complexity of immune cells, particularly myeloid cells, in the context of inflammation and cancer. With this knowledge, we seek to identify which immune cells suppress or promote the growth of cancer, and how they do so. Our translational research, meanwhile, examines how current and next-generation treatments work in vivo and in real time, and why they fail when they do. To this end, we use approaches such as high-resolution intravital imaging to observe the behavior of cells in living organisms and single-cell transcriptomics—the comprehensive profiling of gene expression patterns in individual cells—to unravel the complexity of the immune cell repertoire and function within tumors.

Using these approaches, my laboratory has made several discoveries of relevance to cancer therapy. We have, for example, identified approaches to convert ‘cold’ lung adenocarcinomas into immunologically ‘hot’ T cell-rich environments amenable to immunotherapy that are now being evaluated in clinical trials. We have demonstrated that molecular “crosstalk” between lung tumors and bone generates a previously uncharacterized immune cell subset (a type of neutrophil) that travels from bone to tumor and accelerates cancer progression. We have also used molecular imaging to track the fate of antibodies used in immune checkpoint blockade therapy in real time and at high resolution within tumors. In these studies, we discovered a novel mechanism of treatment resistance in which macrophages directly strip anti-PD-1 antibodies from the cancer-targeting cytotoxic T cells that they help activate.

I obtained a PhD in immunology in 2001 at the Lausanne Branch of the Ludwig Institute for Cancer Research, under the mentorship of Jean-Charles Cerottini, studying anti-tumor T cells. After completing my first postdoc at Ludwig Lausanne, I continued my research at the Massachusetts General Hospital, Harvard Medical School and the Dana Farber Cancer Institute in Boston. I was named Director of the Cancer Immunology Program at the Center for Systems Biology at MGH in 2016, and Full Professor at Harvard Medical School in 2019. I joined the Faculty of Medicine of the University of Geneva (UNIGE) in 2020, where I was appointed Full Professor in the Department of Pathology and Immunology, holding the ISREC Foundation Chair in Immuno-oncology. My work has resulted in more than 150 research publications and has earned me recognition as a Highly Cited Researcher by the Web of Science, where I am ranked in the top 1% of scientists in my field in terms of citations. I have also received the Distinguished Investigator Award of the Academy of Radiology Research and the Robert Wenner Award of the Swiss Cancer League.