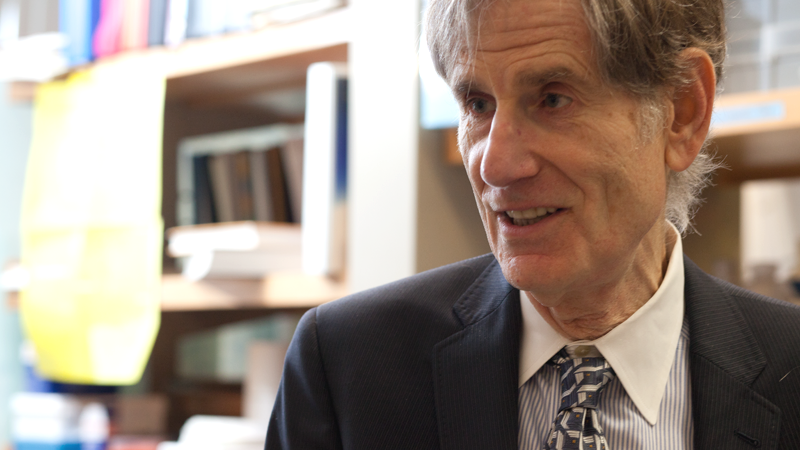 I have devoted my career to translational research in cancer. While a faculty member at Harvard, I defined the role of potentially lethal radiation damage in human tumor cells and the role of a type of DNA repair in radiotherapy. As the head of radiotherapy at the Dana Farber/Brigham and Woman’s Hospital, our group was the first to use induction chemotherapy in the treatment of head and neck cancer. I then moved to the University of Chicago and made discoveries in basic signal transduction after ionizing radiation exposure and, in separate studies, discovered that mechanisms of radiation resistance/sensitivity are mediated by cytokine activation in tumors. Combining these concepts, my colleagues and I conceived of “genetic radiotherapy.” In this bench-to-bedside application of a transcriptional targeting gene therapy paradigm, radiation activates DNA sequences from a radio- (or chemotherapy) inducible promoter, in this case the CArG elements from the EGR-1 gene that are cloned upstream of a cDNA for a toxin, TNFα. Developed as TNFerade (GenVec), this genetic construct was evaluated in phase 3 clinical trials. I also contributed to the concepts underlying TVEC, an HSV-1 vector now in clinical use in melanoma.

My colleagues and I are also investigating the relationship between radiotherapy and immunotherapy. We’ve demonstrated, for example, that Type 1 interferon signaling is required for radiation to be effective. In exploring the molecular pathways underlying tumor resistance to radiotherapy, we have focused on the role of the intracellular protein STING. This work has underscored the importance of host immune status in the therapeutic response to radiation. The work also has translational significance, since local tumor control by radiotherapy is governed by host immune responses that can have distant effects on unirradiated tumors, a phenomenon known as the abscopal effect. Our collaborative work has demonstrated that blockade of the PD-L1 ligand for the checkpoint inhibitor PD-1 increases both the local and abscopal effects of radiotherapy by boosting T cell killing of tumor cells and inhibiting myeloid derived suppressor cells, which inhibit anti-tumor immune responses. These widely cited studies are the basis of many ongoing and planned clinical investigations combining ablative radiotherapy with immune checkpoint inhibitors, including our own clinical trial involving patients with oligometastatic disease.

A central focus of our investigations is the clinical and molecular basis of oligometastases, a subset of metastasis characterized by limited spread and virulence. We have conducted several clinical trials using stereotactic body radiotherapy for oligometastatic disease and have developed the basis of a microRNA classifier to identify patients with such disease who are more likely to be curable.