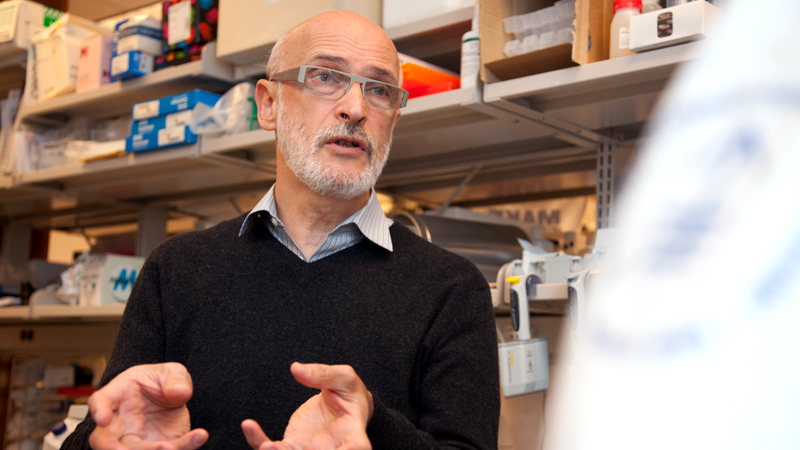 In addition to directing the Ludwig Center, I am Chairman of the Immunology Program at Memorial Sloan Kettering Cancer Center and an investigator with the Howard Hughes Medical Institute. My research is focused on understanding the molecular and cellular regulatory mechanisms operating within the immune system, specifically those governing differentiation and function of regulatory T (Treg) cells.

My laboratory demonstrated that the transcription factor Foxp3 is a cell lineage specification factor for Tregs, opening the door to an exhaustive examination of their biology. We elucidated the essential role the cells play as life-long guardians of immune homeostasis and described key mechanisms of their differentiation and function. My work has established the fundamental role Tregs play in maintaining immunological tolerance and their complex involvement in a variety of processes and pathologies, including autoimmunity, allergy, transplantation, immunity to infections, pregnancy, tissue repair, and cancer.

I received my PhD in 1986 from the Gabrichevsky Research Institute of Epidemiology and Microbiology in Moscow. From 1990 to 1992, during my postdoctoral training at Yale University School of Medicine with the late Dr. Charles Janeway, we provided the first description of “self” antigens associated with MHC class II molecules. In 1992 I joined the faculty of the Department of Immunology at the University of Washington, becoming a professor in the Department of Immunology. I joined MSK in 2008 and in 2012 was named Chairman of the Immunology Program and Director of the Ludwig Center. I also hold the positions of Tri-Institutional Professor at MSK, the Rockefeller University and Cornell University, and Professor of Sloan Kettering Graduate School and the Weill Graduate School of Medical Sciences, Cornell University.

I am an elected Member of the National Academy of Sciences and the National Academy of Medicine, and a Fellow of the American Academy of Arts and Sciences. I have been been named a Thomson-Reuters Citation Laureate and have received the Vilcek Prize in Biomedical Science, the Crafoord Prize from the Royal Swedish Academy of Sciences, the Coley Award for Basic Immunology from the Cancer Research Institute, the American Association of Immunologists Pharmingen Investigator Award and the Searle Scholar Award. I have been a member of numerous advisory boards—including that of the Cancer Research Institute, Damon Cancer Research Foundation—and the editorial boards of Cell and Immunity. I am also an Editor of the Journal of Experimental Medicine. Over the years I have written more than 200 publications.