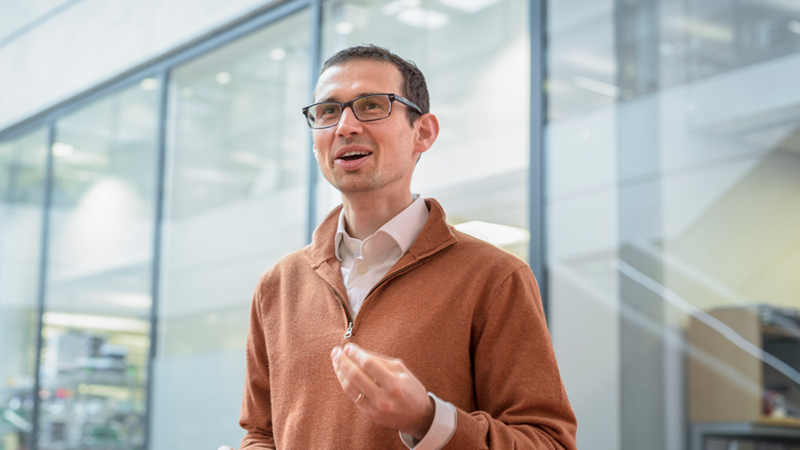 Since 2013, I have led the computational genomics group at the Ludwig Institute for Cancer Research in Oxford, UK. Before joining Ludwig, I spent a couple of years as the lead mobile software developer in a start-up company that helped scientists manage the many publications they have to read and cite, until the business made a successful exit.

Since coming back to science, the main focus of my group has been to understand how mutations arise in the genome. Mutations are changes to the DNA sequence in a cell. Mutations happen all the time in our cells, but they are a lot more frequent when we are exposed to certain mutagens, such as the UV in direct sunlight. When mutations affect certain important regulatory genes, this can cause cancer. Hence, there is a direct link between mutagenesis and tumour formation. My group is trying to identify the many different mechanisms that affect the appearance of mutations, to help understand why some people develop cancer while others do not.

In previous work, I established that the way in which the genome is regulated, namely “epigenetic marks” in the form of histone modifications and DNA modifications, have a profound influence on the frequency and distribution of mutations in cells. We also study how the copying of DNA, which is necessary when cells divide, influences the appearance of mutations. Our research has important implications for the understanding of cancer development: for example, it allows us to identify new carcinogenic environmental influences, and thus prevent more people from getting cancer.

Recently, my group also became interested in developing new methods to study the biology of cancer at single-cell resolution. For example, as part of ongoing collaboration, we have created tools to assess the robustness of single-cell transcriptome measurements, and built tools to process epigenetic sequencing data using a brand-new, Ludwig Oxford-developed technology called TAPS. In addition to being important for basic science, these tools could result in powerful new diagnostic tests.