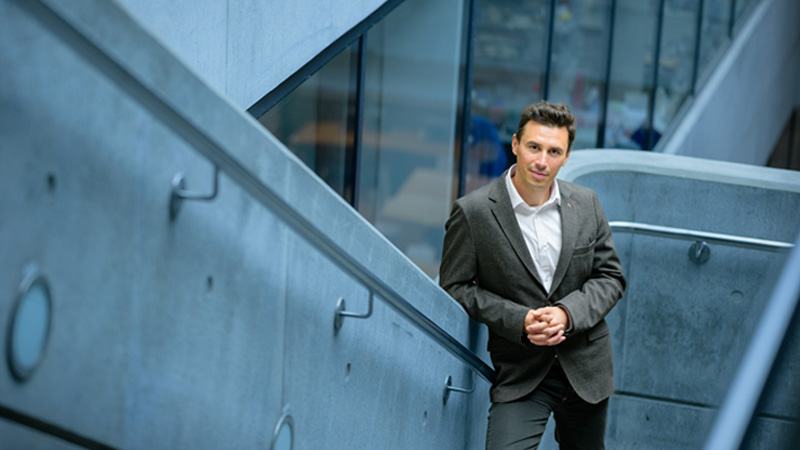 There is strong evidence that some infections represent a major risk factor for the development of cancer, but how pathogens initiate this disease is still unknown and has been in the focus of my research since I was a student. During my PhD at the University of Rome (Italy), I studied the Epstein Barr Virus, a herpes virus associated with many types of blood cancers and carcinomas. In contrast to viruses, bacteria do not transfer genetic information into the nucleus of the host cell and so it is unclear why bacterial infections are also associated with cancer. Chronic infection with Helicobacter pylori, for example, is the cause of most stomach cancer cases. Investigating the direct and indirect effects of carcinogenic pathogens on the target host cells is therefore crucial for understanding how cancer begins.

Carcinogenic pathogens can colonize the human body for years, they can change the shape and the cellular content of tissues and they can break the DNA of infected cells, increasing the chances of cellular transformation. To study how pathogens cause cancer, we use human derived stem cell-driven culture models and, in particular, we have invented and patented a primary culture system called “mucosoid cultures.” During my post-doc at the Max Planck Institute for Infection Biology in Berlin (Germany), I generated a model of healthy epithelial cells which faithfully reproduces in vitro most of the features of the epithelium in vivo. The most evident feature of this reconstructed human epithelial layer is the mucus production and its formidable defence capacity against infection. However, some bacteria are able to evade this defensive system and can establish colonies in tissue niches where they can hide from the immune detection for years.

In my group at the Ludwig Institute for Cancer Research Oxford Branch, we are using our mucosoid culture models to study the signals of the tissue microenvironment governing cell regeneration and differentiation as well as the impact of infection on human tissue and the genomes of infected cells. We are actively involved in the development and in the dissemination of human stem cell-related culture technologies because we think that beyond the obvious translational impact, understanding human tissue is a great challenge in biology.