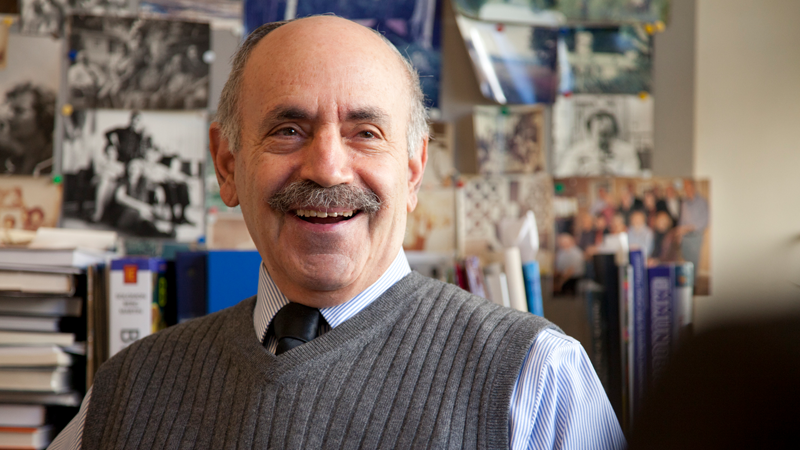 I am Director of the Ludwig Center for Molecular Oncology at MIT, the Daniel K. Ludwig Professor for Cancer Research within MIT’s Department of Biology and a founding member of the Whitehead Institute for Biomedical Research. My co-workers and I isolated the first human cancer-causing gene, the ras oncogene, and the first known tumor suppressor gene, Rb, the retinoblastoma gene.

I’ve written or edited five books and more than 390 articles. My three most recent books, intended for a lay audience, are One Renegade Cell, Racing to the Beginning of the Road: The Search for the Origin of Cancer and Genes and the Biology of Cancer, co-written with Dr. Harold E. Varmus, former Director of the National Institutes of Health. I recently published the second edition of my widely used textbook The Biology of Cancer.

Born in Pittsburgh in 1942, I received my BS (1964) and PhD (1969) in Biology from MIT and performed postdoctoral research at the Weizmann Institute and the Salk Institute in La Jolla, California. I returned to MIT in 1972.

I’m an elected Member of the U.S. National Academy of Sciences and a Fellow of the American Academy of Arts and Sciences. Among a number of honors and awards, I’ve received the Discover magazine 1982 Scientist of the Year, the Sloan Prize of the General Motors Cancer Research Foundation, the Bristol-Myers Award for Distinguished Achievement in Cancer Research, and the 1997 National Medal of Science.

The circuitry of metastasis