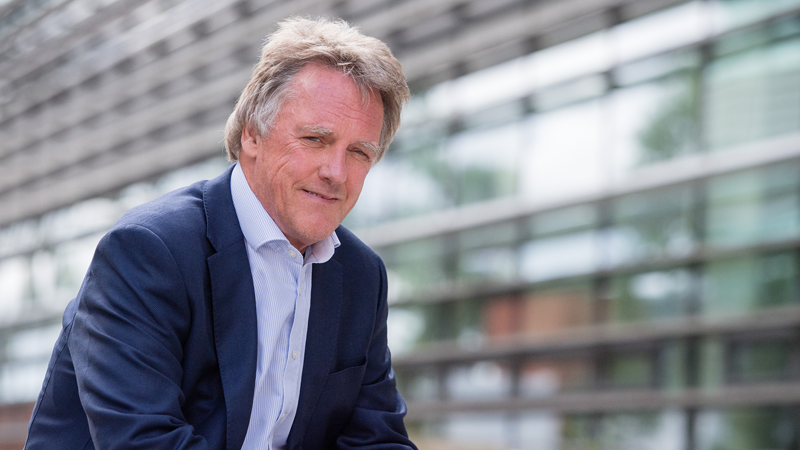 I am a clinician scientist, trained in renal and acute general medicine. After initially working on the physiology of renal oxygenation, I joined the Weatherall Institute of Molecular Medicine, Oxford, UK in 1989 and retrained in molecular and cell biology to start a laboratory working on cellular oxygen-sensing pathways. I am currently a Member of the Ludwig Institute in Oxford and I served as Nuffield Professor and Head of the Nuffield Department of Clinical Medicine from 2004-2016. In May 2016 I became Director of Clinical Research at the Francis Crick Institute, London retaining a half-time position in Oxford as Director of the Target Discovery Institute where I run my Ludwig laboratory. I was elected to the Fellowship of the Academy of Medical Sciences and to the Fellowship of the Royal Society in 2002, to EMBO in 2006 and as Foreign Honorary Member of the American Academy of Arts and Sciences in 2007.

Working originally on the regulation of the erythropoietin gene by blood oxygen, my laboratory unexpectedly discovered that this process is part of a widely operative system of oxygen sensing that is present in all animal cells and regulates many other processes, including energy metabolism, angiogenesis, cell survival and cell differentiation. Hypoxia is a central component of most human diseases, including cancer. Profound tissue hypoxia is common in solid tumors, and is associated with treatment resistance and adverse prognosis. Insights into the sensing and signaling of hypoxia have provided a new opportunity to understand these associations and their implications for cancer biology.

We elucidated the nature of the oxygen-sensing process as an unprecedented type of cell signaling based on the post-translational hydroxylation of specific residues in the key transcription factor, hypoxia inducible factor (HIF). These hydoxylations are catalysed by a series of Fe(II) and 2-oxoglutarate dependent dioxygenases whose absolute requirement for molecular oxygen as co-substrate confers oxygen sensitivity.

In recent years we have discovered other systems that use enzymatic protein oxidation linked to proteolysis to signal oxygen levels in cells. These pathways are activated during cancer development both by micro-environment hypoxia and direct links to oncogenic signaling. For instance, regions of profound hypoxia often develop within rapidly growing tumors as the metabolic requirements of the accruing cell mass outstrip oxygen supply from tumor vasculature. We are studying:

• The consequences of activating the HIF transcriptional cascade in cancer

• The general implications of ‘switching’ large pathways during cancer development

We aim to answer both specific questions as to the roles of particular responses to hypoxia in promoting or restraining cancer development and general questions on the role of ‘oncogenic switching’ of massively interconnected signaling pathways in driving cancer phenotypes.