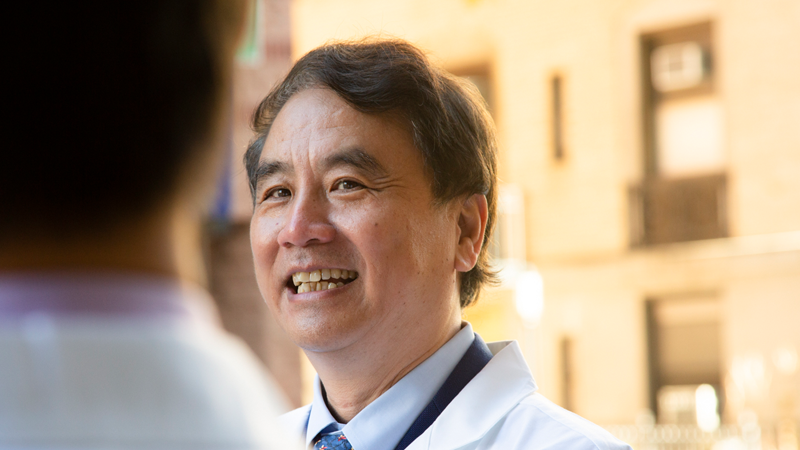 I am interested in identifying key epigenetic regulators in cancer, elucidating their mechanism of action and providing the conceptual basis for translating our basic findings to the clinic via the development of new therapeutic strategies. With the discovery of the first histone methyl eraser, LSD1, in 2004, our group demonstrated that histone methylation is dynamically regulated, which overturned the long-held dogma that such modifications were static and irreversible. We have also discovered many additional histone demethylases with different specificities, and novel readers, including those that specifically recognize unmodified lysine and arginine and suggest that the unmodified states are not simply a ground neutral state of epigenetic information but rather likely code for epigenetic information as modified states. Importantly, many of these chromatin enzymes and readers have since been implicated in various types of human cancers, indicating an important role of chromatin regulation in tumorigenesis.

More recently, we have also been studying RNA modifications and how they impact gene expression regulation. In many ways this exciting field parallels the early days of chromatin biochemistry and biology, i.e., the nature and the biological and pathological functions of RNA modifications, as well as the enzymes responsible for writing, erasing and reading them, are just beginning to be understood.

At Ludwig Oxford, my lab is focusing on two questions. First, how to convert “cold tumors to “hot” and how to sustain durable responses to cancer immune checkpoint blockade therapy. Second, how to induce therapeutic differentiation of cancers, using acute myeloid leukemia and diffuse intrinsic pontine glioma as models where chromatin/epigenetics have been shown to play a crucial role in the maintenance of a poorly differentiated state.