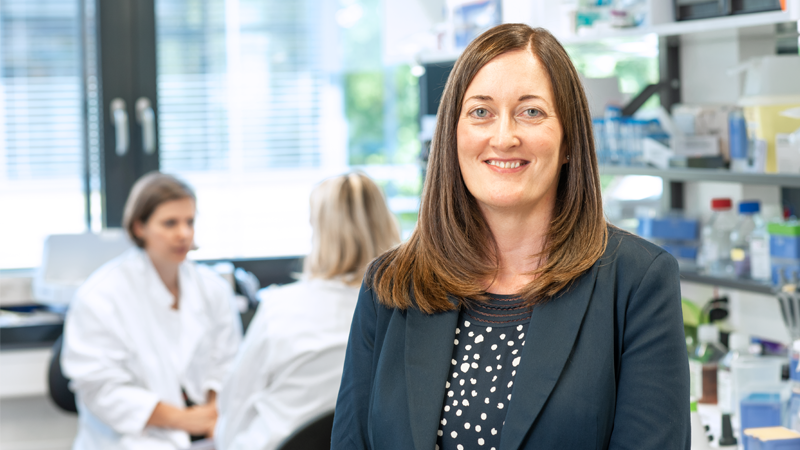 I am a cancer biologist and geneticist, and my research interests focus on exploring the critical functions of the tumor microenvironment in regulating cancer progression, metastasis and therapeutic response, with the ultimate goal of exploiting this knowledge to devise rational and effective therapies.

My fascination with cancer genetics began during my undergraduate degree in Genetics at Trinity College Dublin, and continued during my PhD at the University of Cambridge, UK, where I investigated dysregulation of genomic imprinting in cancer predisposition syndromes. I did my postdoc at the University of California, San Francisco, in Doug Hanahan’s lab, focusing on mechanisms of tumour angiogenesis and invasion in pancreatic cancers.

In December 2004, I started my lab at Memorial Sloan Kettering Cancer Center, New York, USA and was promoted through the ranks to tenured Professor and Full Member in 2014. Over the past decade, we have identified key molecular mechanisms driving the education of tumor-promoting macrophages, and determined the epigenetic and transcriptomic regulatory machinery underlying differential ontogeny and tumor-mediated education between distinct macrophage populations in multiple brain malignancies. We uncovered re-education of macrophages as a potent therapeutic strategy in gliomas, and determined that an altered brain microenvironment underlies the acquisition of resistance to such therapies. We have also investigated the interplay between cancer cells and their microenvironment in different organs over the course of metastatic progression.

In January 2016, I was recruited to the University of Lausanne, Switzerland and the Ludwig Institute of Cancer Research. My lab continues to unravel the complex mechanisms of communication between cancer cells and their microenvironment that regulate tumor progression, metastasis, and response to anti-cancer therapy. We are especially intrigued by the study of brain tumors – including glioblastoma and brain metastases – with the ultimate goal of developing effective new therapies against these deadly cancers.